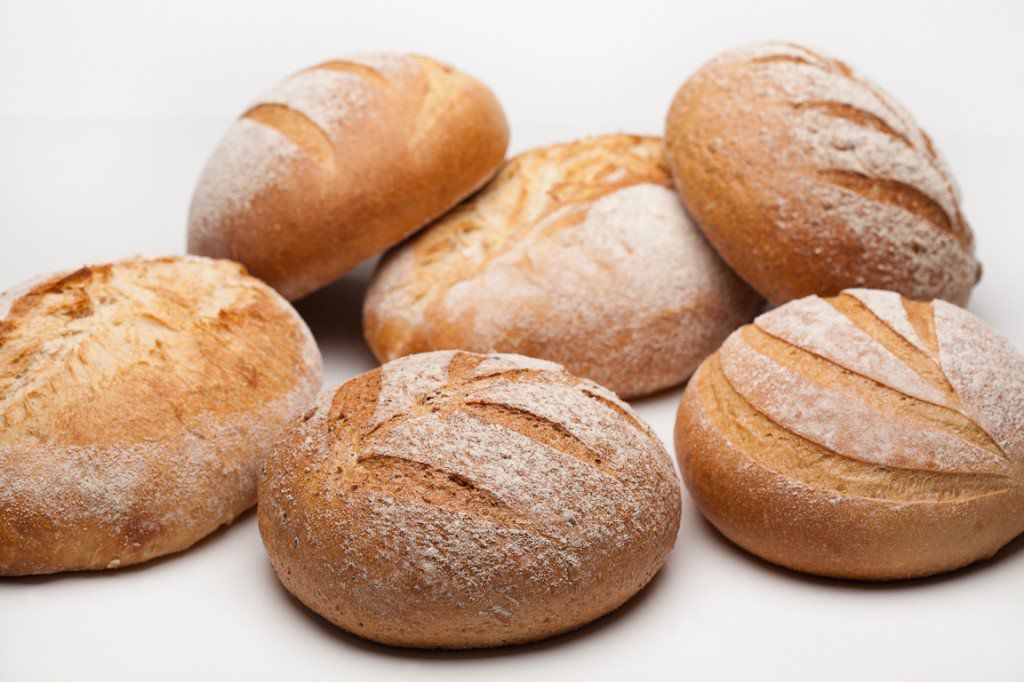 One of the things we’ve always been very proud of at Thomas the Baker is our bread, and recently we’ve been delving into artisan breads. They say man cannot live on bread alone, but with our new range, you’re going to want to give it a good try. We’ve been selling all sorts of loaves for many years and perfected the recipe on some old favourites and classic breads such as our Country Crunch, Fireside Toastie, and Ciabatta, using only the finest ingredients that have been tried and tested many times to bring you only the best. But we’re now making it easier for you to have freshly baked artisan breads at home with our range of par-baked loaves. Our artisan loaves combine ancient and established techniques of breadmaking to produce the best texture, taste and freshness. They are made freshly by hand every single day, in the (very!) early hours of the morning at the bakery and sealed up… 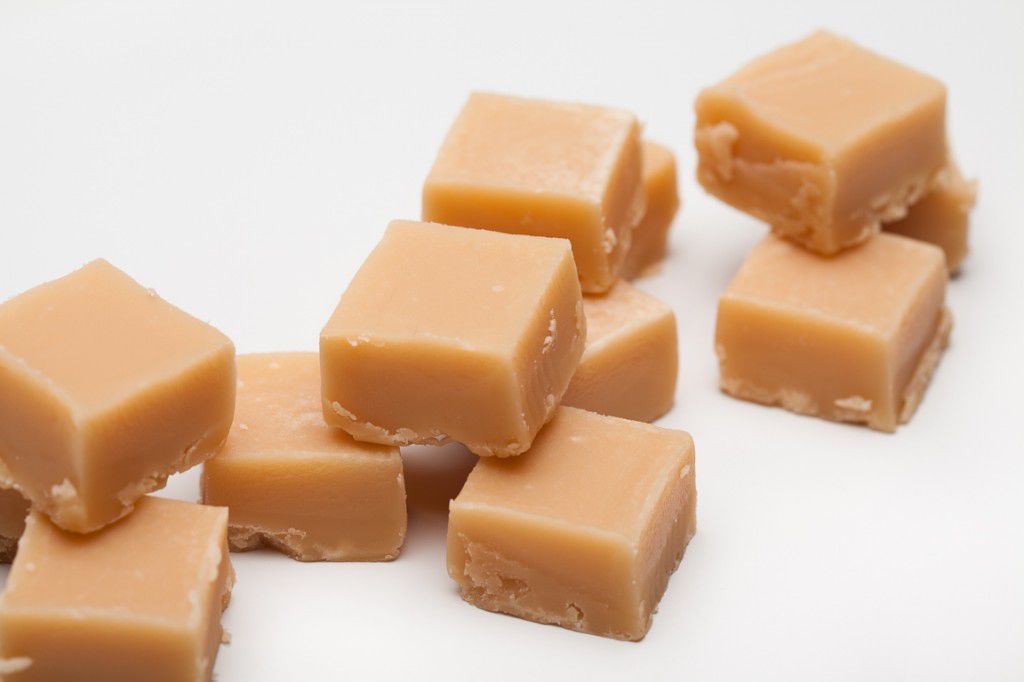 I hope you all enjoyed your taster of fudge from our last post, and now we’ve got a bit more to say about it today! The last time we mentioned our fudge, it had only just been released into the shops and came in a cellophane wrapping tied with a ribbon. Though we’d already perfected our recipe at this point for chunky pieces of fudge which had that rich butteryness of Scottish tablet and a smoothly soft centre reminiscent of American style fudge, we hadn’t yet perfected the packaging, so we’re now releasing the fudge in a slightly different package as above. The tray of fudge, as well as being an indulgent treat for yourself, is the perfect gift for friends and family with its luxury “chocolate box” appeal – I’ve already bought it as a housewarming present for a friend! Handmade at our own bakery, it’s delightfully different to other fudges out there but still has that comforting creamy… 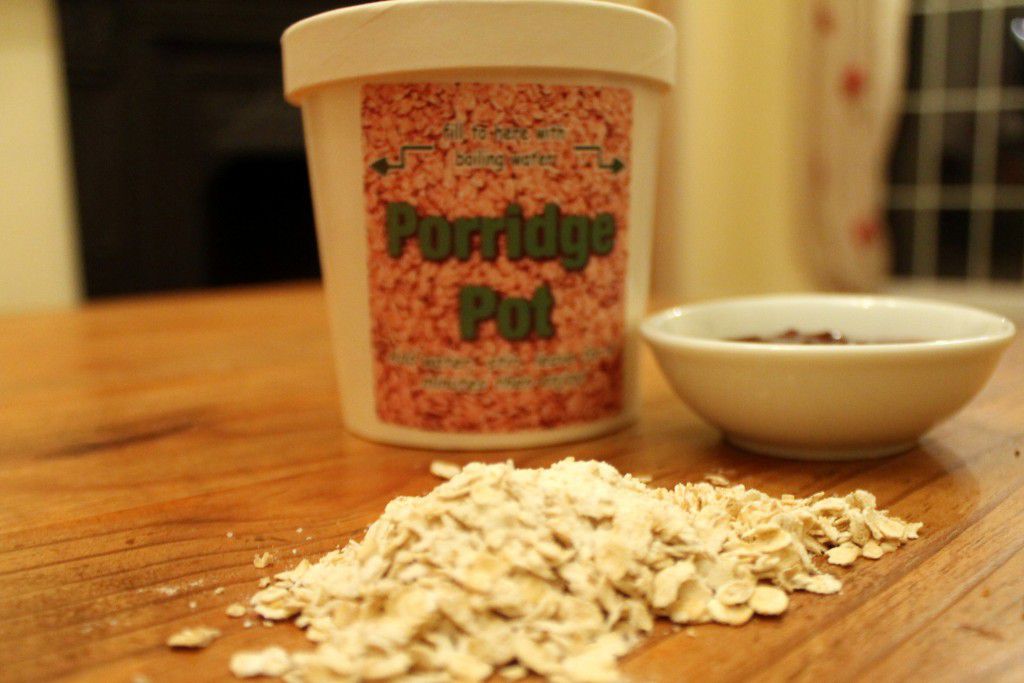 After a long break over the busy Christmas period, the Thomas the Baker blog is back! As I’m sure you know, the run up to Christmas and the festive period itself is very busy for us and January gives us a chance to get caught up, but we’re back up and running with plenty of new things to get you going this year. I’ve got a couple of new things to introduce for you today, so read on to find out what yummy goodies we currently have on offer and how you can get a free sample! Today we’re introducing something new: Porridge Pots! As of today. these are available in any of our shops (find your closest one here) for £1.00. I tried my first one today and I’ve got to tell you how quick and easy it was to make, not to mention yummy. If you fancy something warm and filling to start your day rather than just… 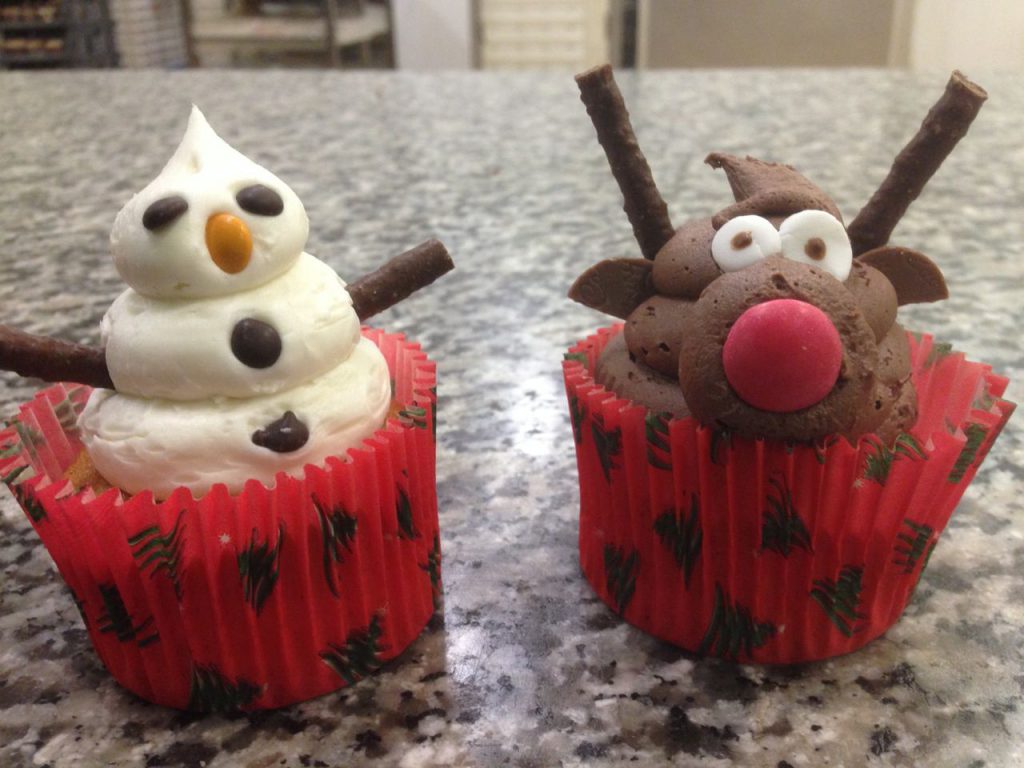 Here’s a quick sneak peek at some of our new Christmas cupcakes featuring Rudolph the Red Nosed Reindeer and Snowmen! Hand decorated in our craft bakery, these will be available in our shops as of tomorrow, just in time for Christmas. What do you think of them? Cute, aren’t they?! As a reminder, we still have a lovely range of Christmas products and hampers, perfect for last minute Christmas presents, available in our online shop. The last date to get orders in guaranteed to arrive in time for Christmas is next Wednesday, the 18th December. Unfortunately we can’t get these super cute cupcakes to you via the website at the moment, but pop into one of our shops to get one for yourself! 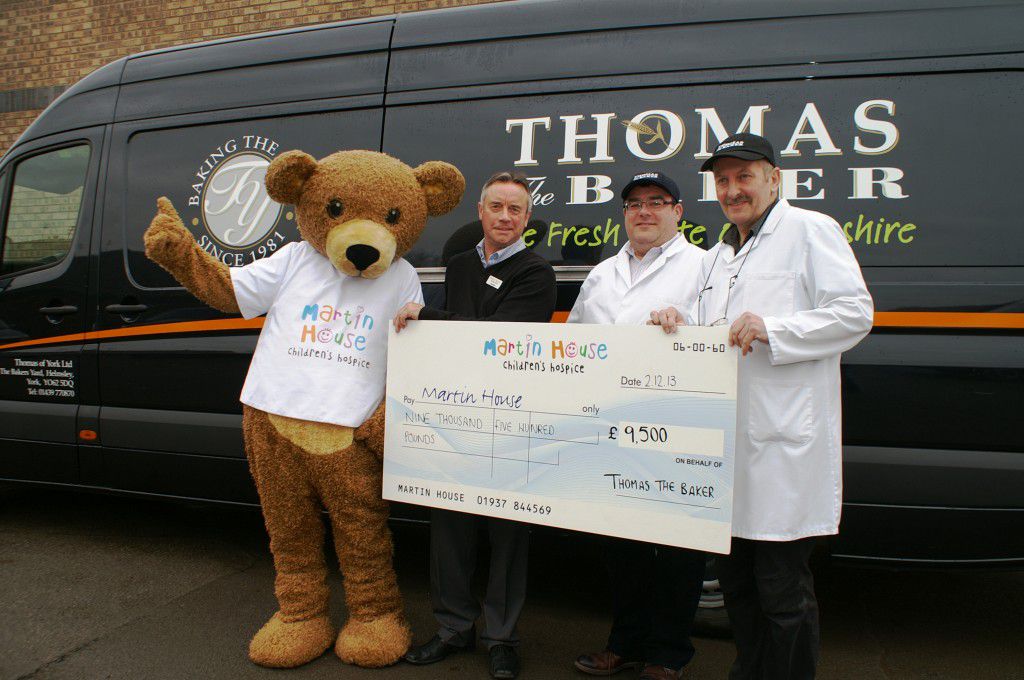 Every year, staff, friends and family at Thomas the Baker make a big effort to put something back into the community that supports us by raising money for charity. In the past, I’ve taken part in sponsored walks (one of which we got very lost on and managed to walk an extra 2 or 3 miles!). But this year there has been a massive push and we’ve managed to raise a total of £9500 for the Martin House Hospice charity which provides care for terminally ill children. This has come from various places as well as the usual annual sponsored walk: every shop has a collection box, and this year even saw the Manager of our Malton shop, Emma Divine-Hard, and Claire Pickering, from the bakery head office, take on the challenge of a tandem parachute jump and raise more than £1300 between them alone all in the name of charity. The money raised has already gone towards a circus… 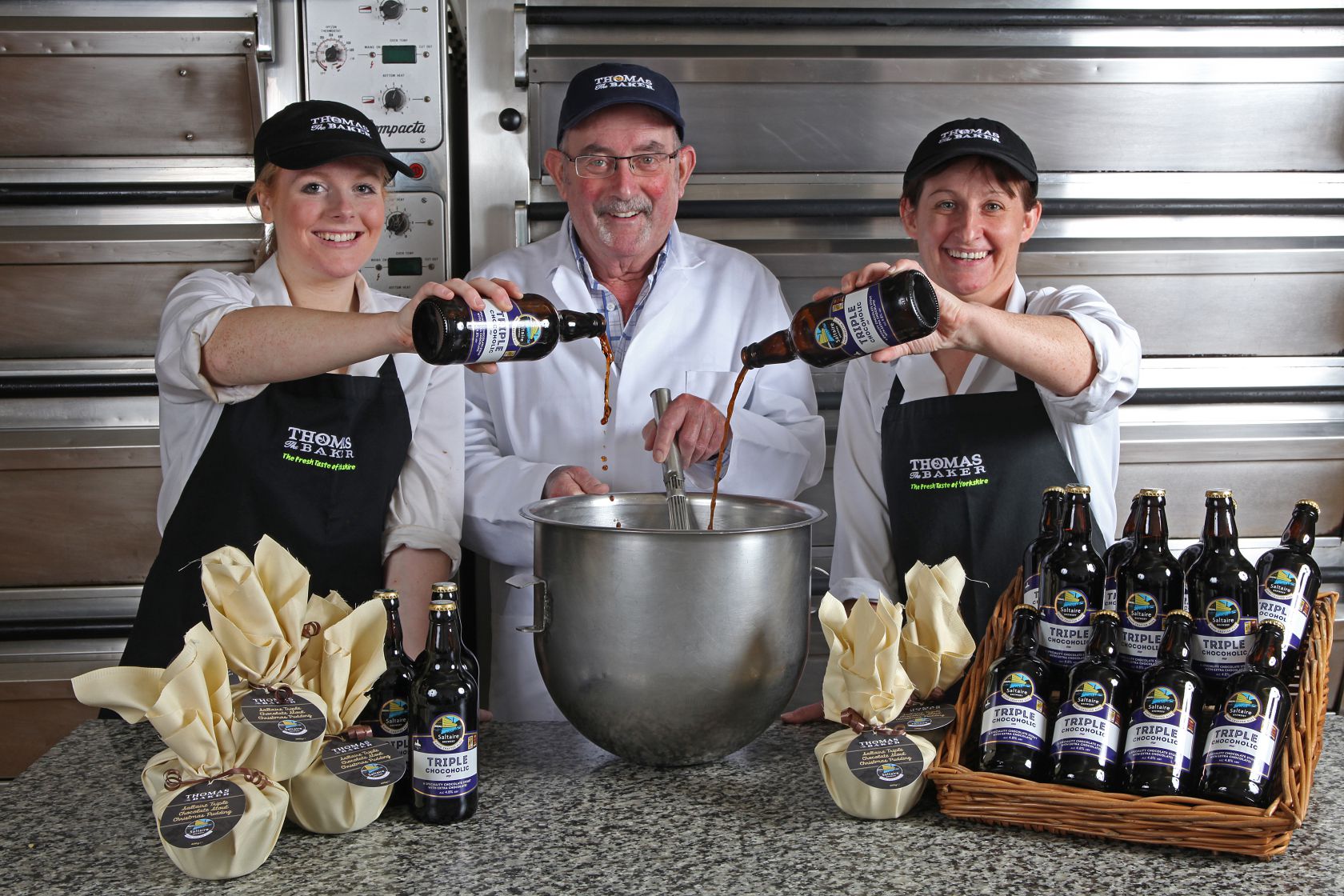 We’ve recently had a lot of press coverage, particularly of for our favourite Christmas products: mince pies and our new Triple Chocolate Stout Christmas Pudding! The top image here features my sister (on the left) and my grandad in the middle along with another lady, Claire, from the bakery showing off the recipe for the Christmas pudding. Then we have our feature from Living North and the Scarborough Voice. We’ve also been mentioned in the following places too for our mince pie success in Good Housekeeping: Daily Mail York Press British Baker The Helmsley Town Blog Gazette & Herald Do let us know if you mention us on your site – we’d be happy to add you to our list of press features. It’s always very exciting to us to find out that people like our products enough to talk about them in the press or on the internet! 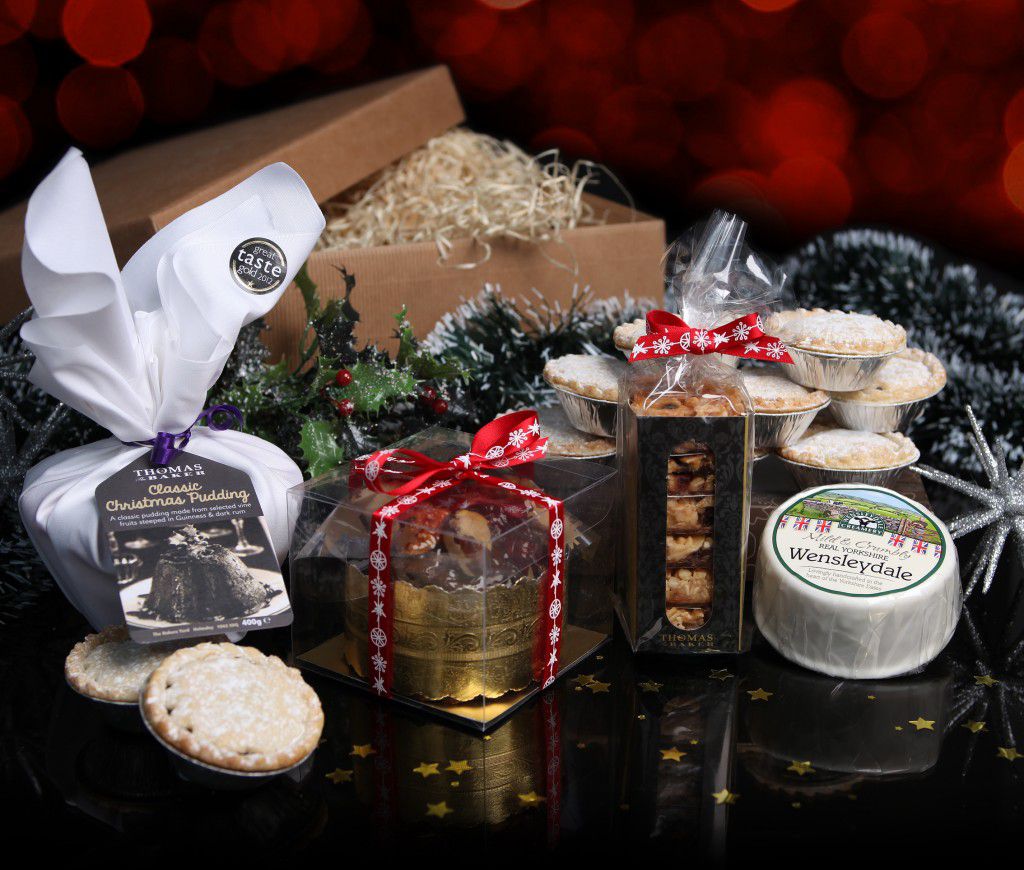 I’ve mentioned before how busy the festive time of year is around Thomas the Baker, and we just like to make it a little bit more busy for ourselves! We’re currently putting together a luxury Christmas hamper that we just know you’ll love. This includes a good sampling of our yummy Christmas products including: 2 boxes of 6 award winning mince pies. If you remember from a recent post, these came out top in a taste test by Good Housekeeping magazine, even outshining the likes of Marks and Spencer, Bettys and Harrods. 1 Luxury Christmas Pudding. This has also won several awards, including the prestigious Gold Star at the Great Taste Awards. 1 small hand decorated fruit cake made to a deliciously moist recipe and topped with french glace cherries, walnuts and brazil nuts. Traditional waxed real Yorkshire Wensleydale cheese with a mild taste and crumbly texture. In Yorkshire, it’s a local tradition to serve your Christmas cake with a… 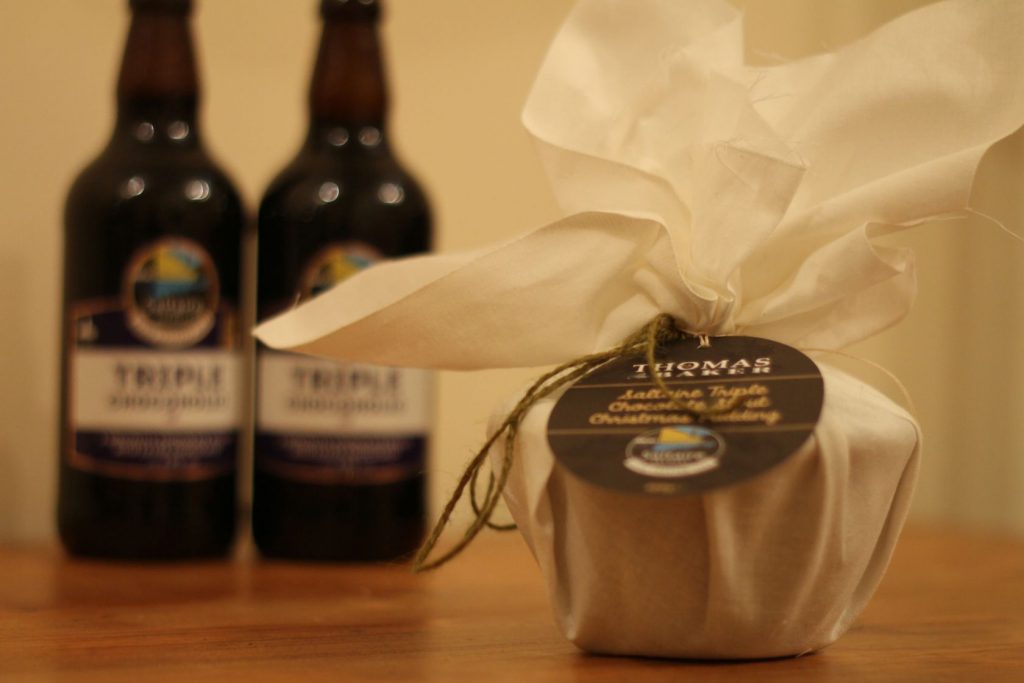 Christmas is always a super busy time at Thomas the Baker preparing the mince pies, Christmas puddings and Christmas cakes. They start planning how much of everything we’re going to need right back in June, with meetings to decide on the amounts of sweet mince for the pies and to start preparing the Christmas puddings. There are even a number of people who volunteer up their skills to help out with the Christmas rush. I’ve been recruiting a few times over the Christmas period just to pop lids on mince pie! They even get the managers out from behind their desks lidding mince pies and folding up boxes! And this year, we’ve decided to make it even more difficult for ourselves but all the sweeter for you by adding another Christmas delight to our list: another Christmas Pudding! But this is no ordinary Christmas pudding – a lot of thought, time and effort has gone into this one, and it’s… 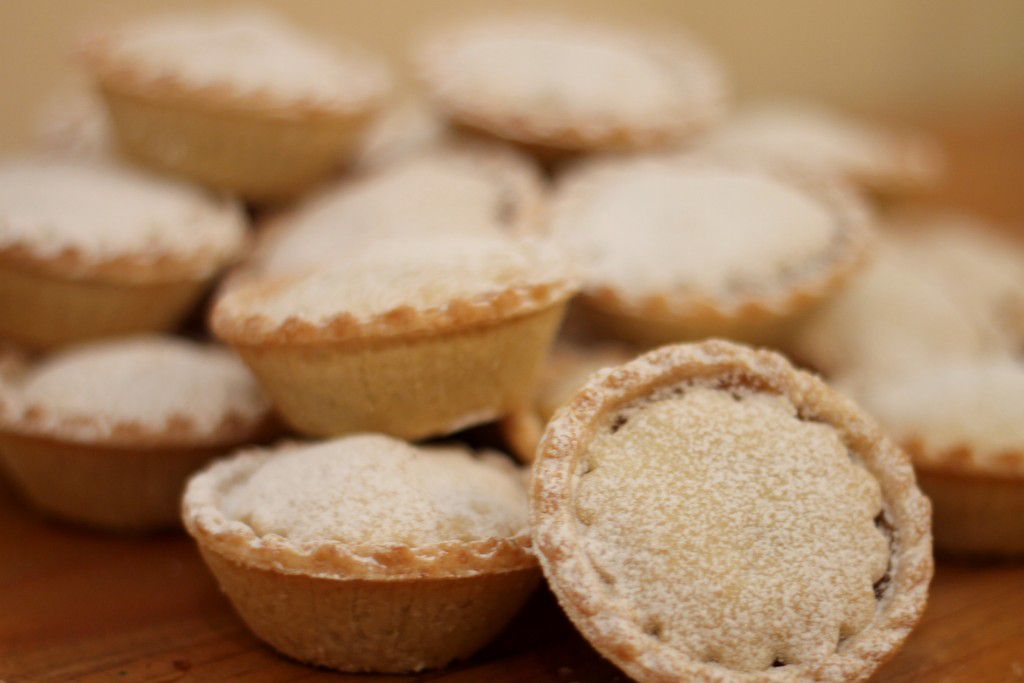 You might only just be starting to think about Christmas, but at Thomas the Baker we’ve been thinking about it for months! In fact, when I worked in the bakery a couple of years ago, I was surprised to see that they were starting to prepare for the Christmas rush at the end of summer! Now I always knew our mince pies were good, but it seems like lots of other people agree too – we’ve recently been named among the best mince pies in the country by Good Housekeeping, only just missing out on first place to Heston Blumenthal. Ours were awarded 73/100 and complimented on the delicious fruity filling, thin pastry and homemade appearance. We’re so pleased about this, particularly because ours came out above big names such as Bettys, Harrods, and Marks & Spencer. Not only do ours taste better, but they also come at a fraction of the price of other runner ups too –… 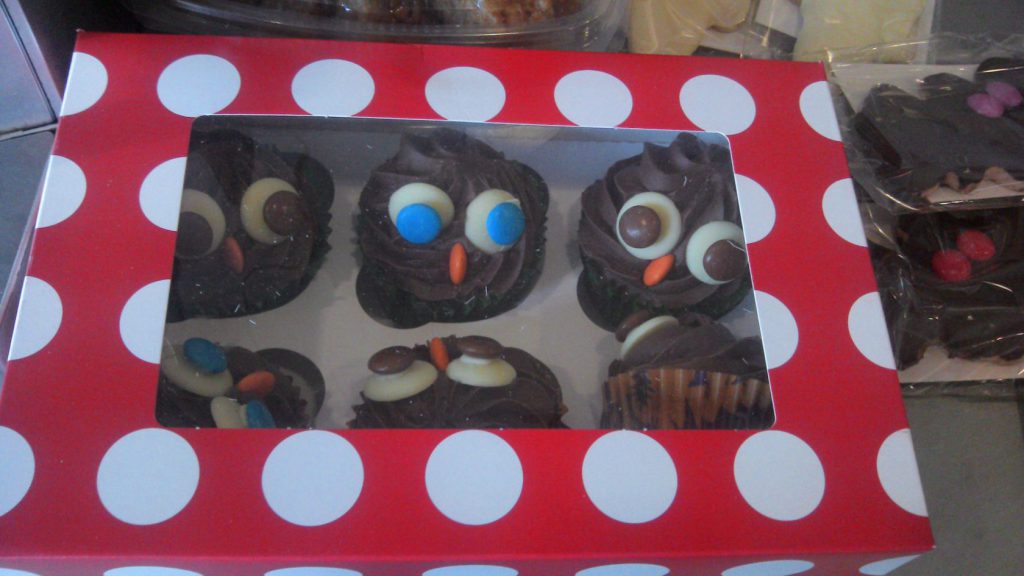 One of the best things about being part of the Thomas family is getting to try out new products and hand them out to my friends and coworkers too. So yesterday, I had a message from my dad to pop round to the shop in Ripon to pick up a box. Arriving back at the office, I was pleasantly surprised with these lovely Halloween treats! There were a couple of bat biscuits and ghost biscuits, two boxes of Caramel Crispy Bites and some owl cupcakes, which my dad has informed me are called ‘Hooters Cupcakes’ – although I’m not sure how well that will go down! I was supposed to get some good pictures using my proper camera, but forgot to take it! So I ended up getting a bit of help from my colleagues at Bronco to get these photos on their phones and tweet them out! These photos come courtesy of some of the Bronco team – Becky, David, Kean,… 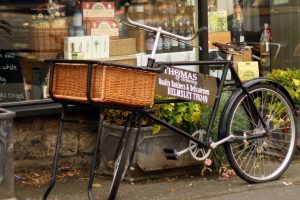